Home Make IT Modern Todoist's free version is now limited to five projects—here's what you need...
Make IT Modern

The free version of Todoist, largely unchanged since 2007, just got a bunch of new features—and new limitations.

Free users can now upload files, sort tasks using filters, and add more tasks per project. What most people will notice first, however, is the new limitation. Free users are now limited to five active projects at a time—the old limit was 80. 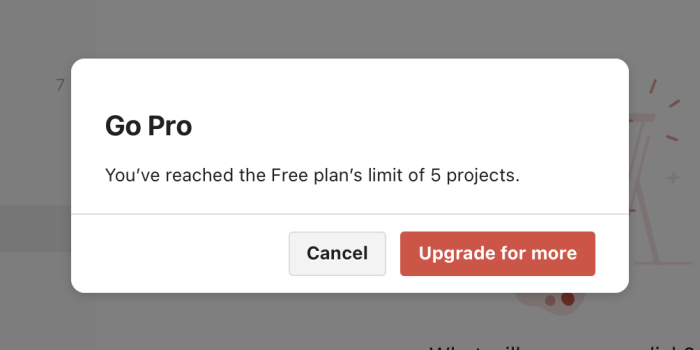 Note that this limit doesn't apply to projects that exist now. So if you currently have 30 projects, don't panic: they're not going to disappear. Archive or delete a project, however, and you can't add another project to replace it.

Strategies to work around the five-project limit

Five projects isn't a lot—if you use the projects feature for actual projects. But there's no rule that says you have to do that.

I tend to use the projects feature to separate things into broad categories: work, home, and volunteering. Five is plenty if that's how you use it, and you can do that while still breaking things down in various ways.

You can, for example, try splitting your projects up with sections. Every project can have multiple sections, which you could use to sort your tasks. 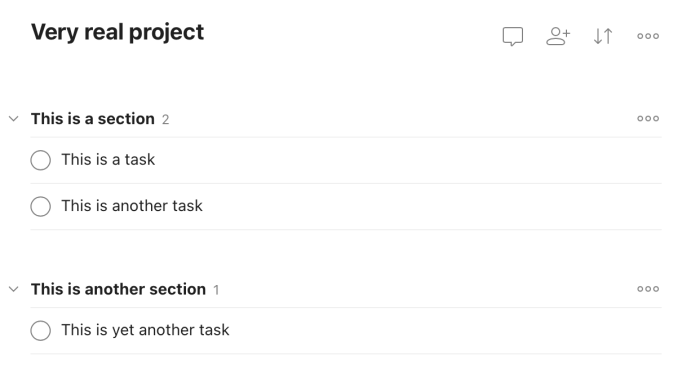 You can add up to 20 sections per project in the free version. And that's not the only way you can break things down: there are also subtasks. 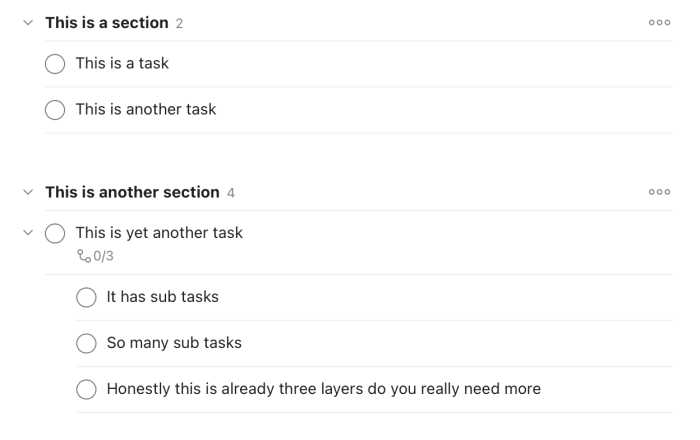 This is already quite a few ways to break down your tasks, without using the project feature at all.

Another thing to consider, if you already have a bunch of projects: you could just recycle them. Next time you complete a project, don't delete or archive it—just rename it. This should let you keep more than five projects indefinitely, without having to upgrade.

It's not all bad news

There are new limitations, yes, but there are also new benefits. The free version of Todoist now has a bunch of new features. The highlights:

It's a generous set of new features. If you didn't use projects as your main organizational tool, the free version is more powerful than ever.

The free version also still supports integrations, meaning you can use Zapier's Todoist integration to connect your to-do list to thousands of other apps. This means you can do things like add new Trello cards to Todoist, or add saved messages from Gmail or Slack.

Consider switching to an alternative app

If you're not sure if you want to stick with Todoist given these changes, check out our list of the best to-do list apps—you might find something you like better. I'm a big fan of TickTick, personally, and its free version offers reminders and doesn't have a limit on the number of lists you can add.

Or, if you're very committed to free, consider Microsoft To Do. 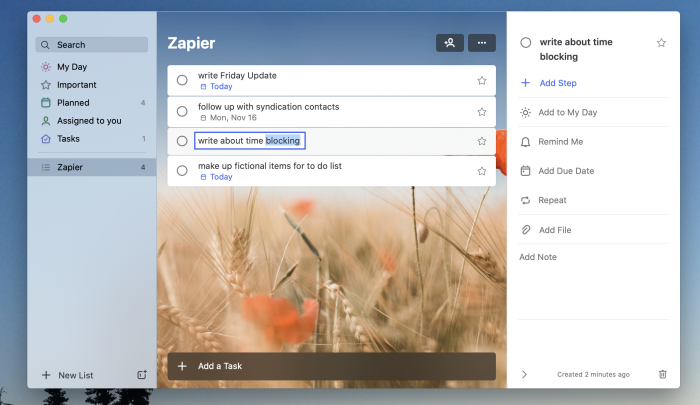 This app is so free it doesn't even offer a paid version—and there's no limit to the number of projects you can have. Especially if you're a former Wunderlist fan, it's a good option.

Switching is annoying, though, so I'd recommend at least trying out Todoist Pro before jumping ship completely—it's only $4/month ($3/month if you pay annually), so probably worth a shot.

Grow with your community

Take your survey technique to the next level with automation

5 lessons entrepreneurs can learn from teachers