Almost every digital marketer that uses automation software benefits from it, but these tools are currently more popular in the U.S. than in the U.K.

That’s according to a transatlantic survey of digital marketers commissioned by Zapier. The responses also show that digital marketers use automation software (software designed to automatically complete tasks) most often for following up quickly with leads and communicating effectively with their team.

Perhaps unsurprisingly, those who use automation software are much more likely to say they’re working in the most efficient way possible.

Methodology: Between September 29, 2020 and October 6, 2020, Zapier surveyed 519 employed Americans and 100 employed U.K. citizens who work in digital marketing, performance marketing, or advertising, including those who perform these functions for their small business. 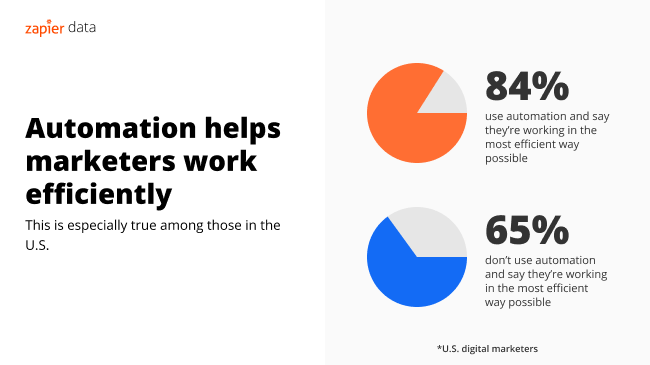 Almost everyone who uses automation software says they benefit from it

97 percent of U.K. and 94 percent of U.S. digital marketers say they benefit from automation software. But what are the most common benefits?

Those that use automation in the U.S. are much more likely than those who don’t to say they’re working in the most efficient way possible (84% vs. 65%) and are fulfilled in their role (87% vs 80%).

In the U.K., those who use automation are more likely than those who don’t to say they’re working in the most efficient way possible (76% vs. 51%). 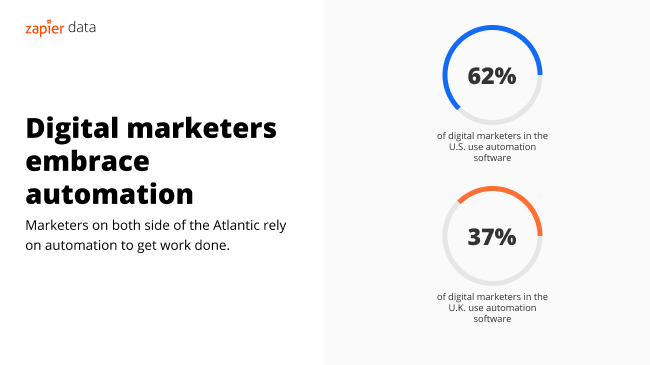 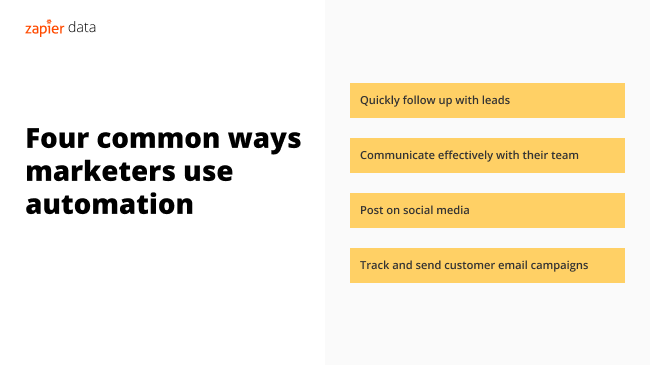 Automation helps marketers follow up with leads, communicate with their team, and more

What are digital marketers using automation software for? The answer varies only slightly by country, but lead management is big in both the U.S. and the U.K.

U.S. digital marketers use automation to: 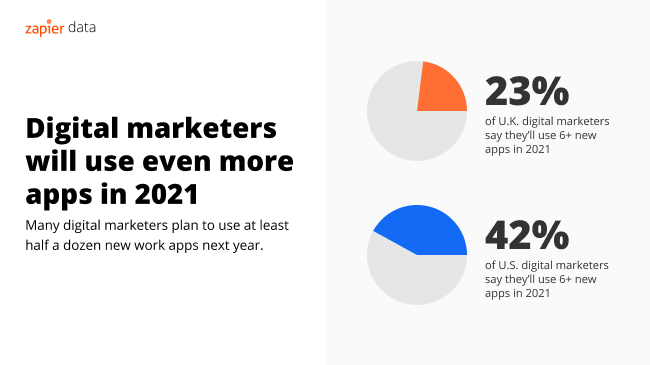 Learn more about the ways automation helps you market your business, how it can help small businesses do more, and make it easier to track your leads.

Marketers use more software than ever

Marketers on both sides of the Atlantic told us they plan to use more software than ever next year—software they will need in order to work efficiently.

The benefits of automation are clear to people who use it. A majority of users on both sides of the pond agree that automation is an essential skill (U.S. at 81 percent and U.K. at 69 percent). That’s just maths—regardless of how you spell color.

Innovation in a Downturn: Pivot or Perish?

The best organizations are responding to the current crisis by leaning into strategic innovation to obtain a competitive advantage. See the three ways...
Read more
Make IT Modern

4 ways to grow your business automatically with Keap

Keap is passionate about keeping things personal—and they're really, really into automation. This means you can use their services to automatically deliver personalized...
Read more
Make IT Modern

Great news: you just scored a big press interview to promote your business. The story will expose your brand to the perfect new...
Read more

Simone Resta will leave his role in charge of Ferrari's chassis engineering department to join its customer team Haas from the beginning of...
Read more

The challenges for smaller basketball programs run deeper than ever, and the disparity between the haves and have-nots has never been greater than...
Read more

Another Euro Series Victory For Ghirelli