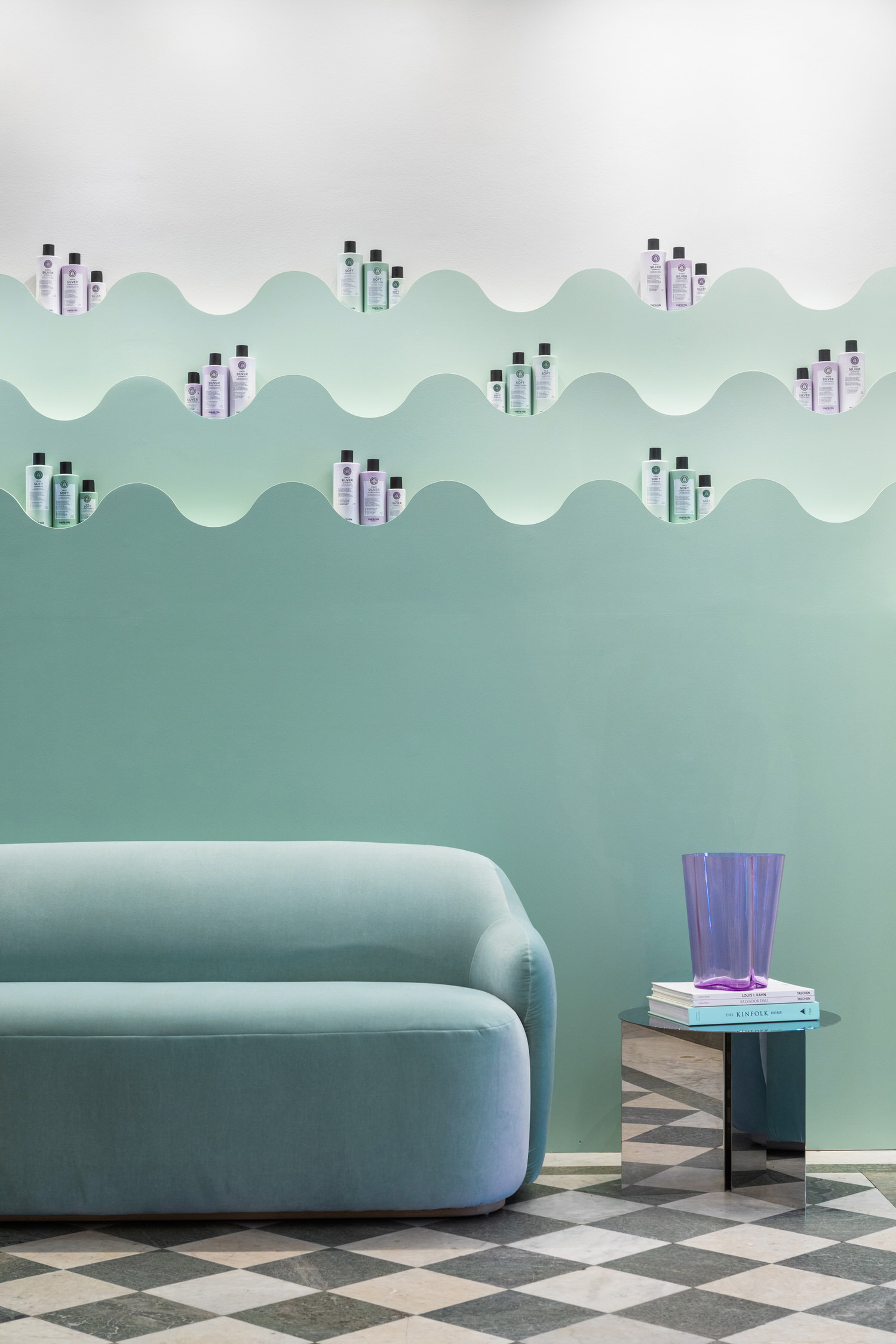 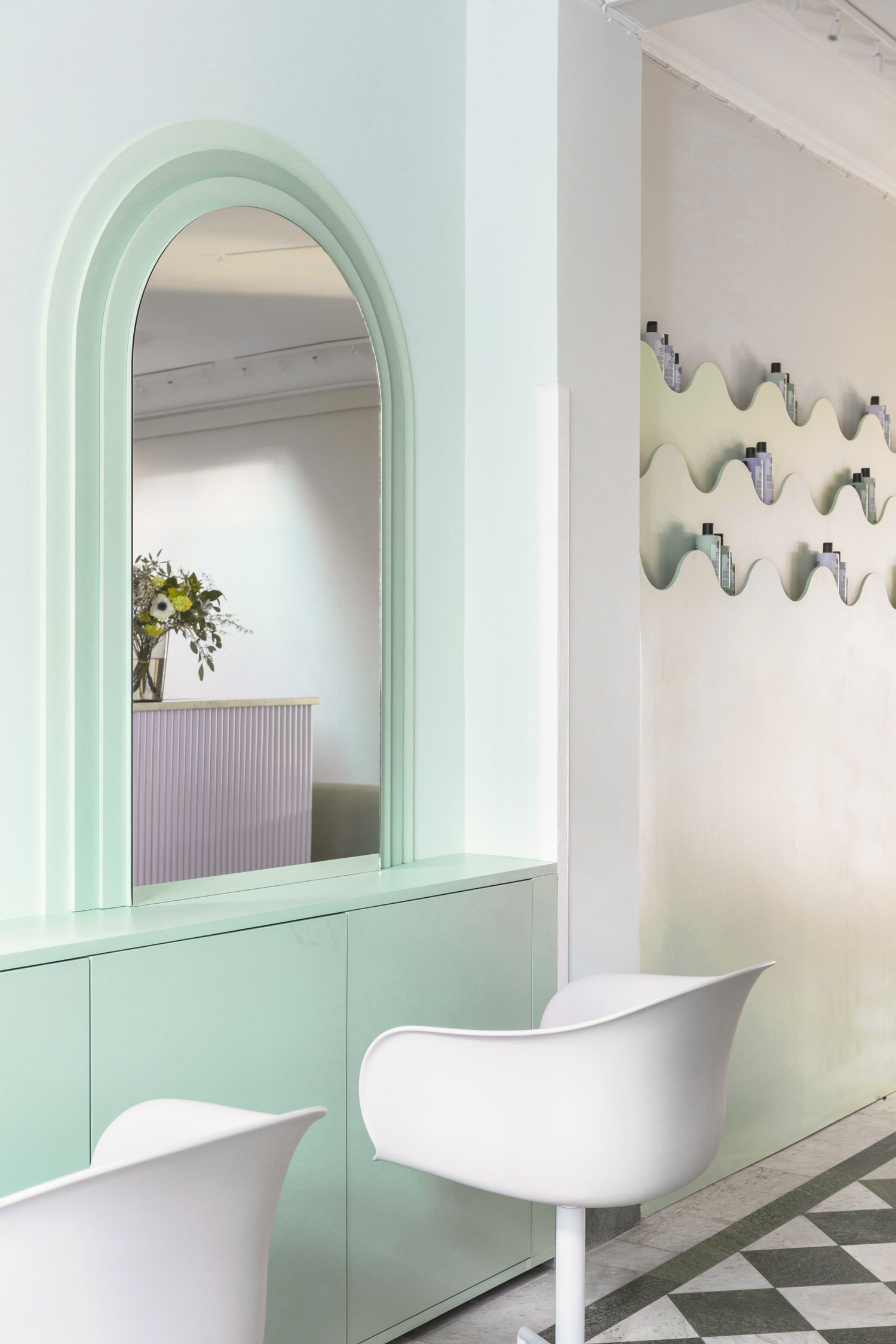 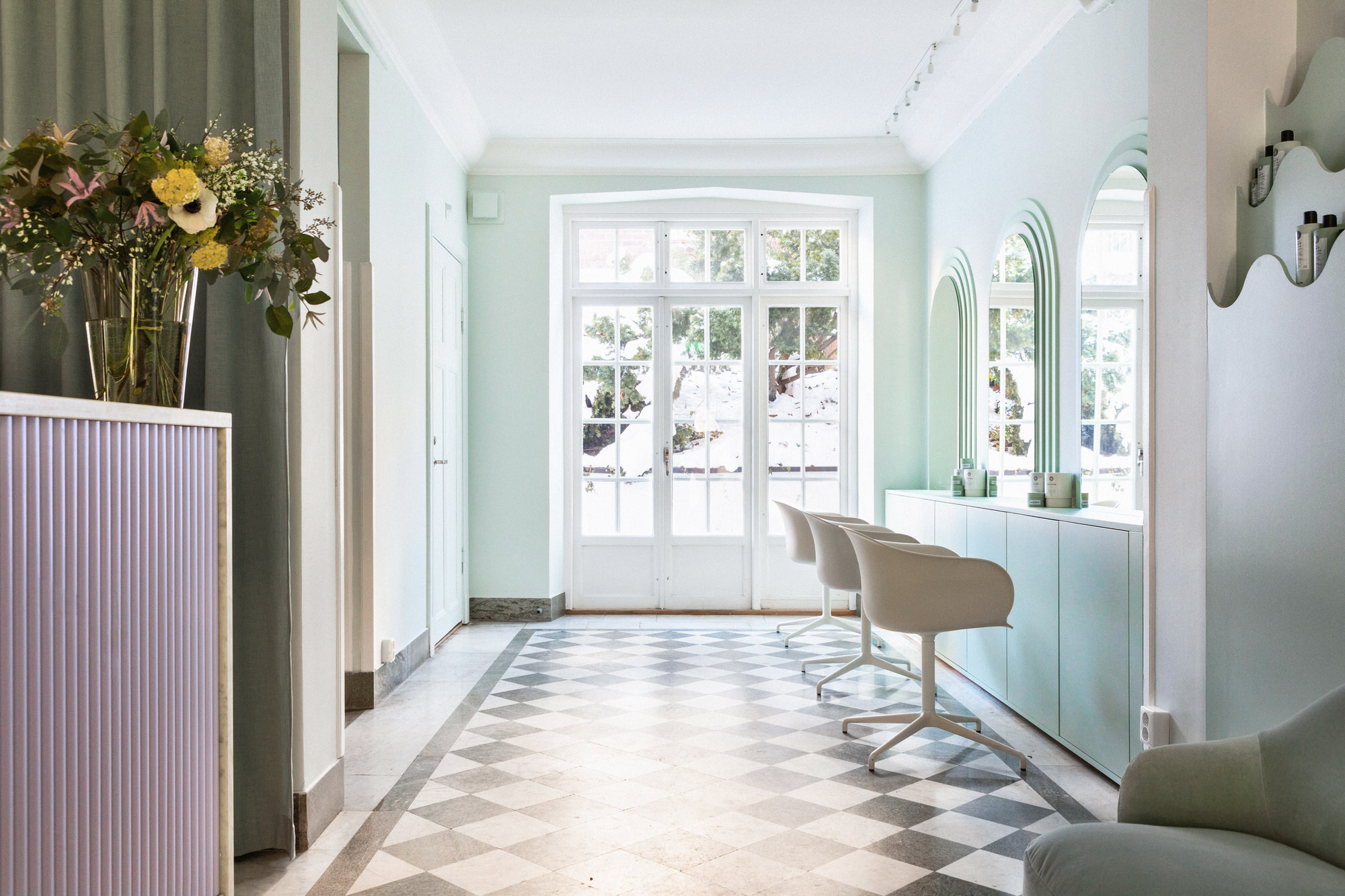 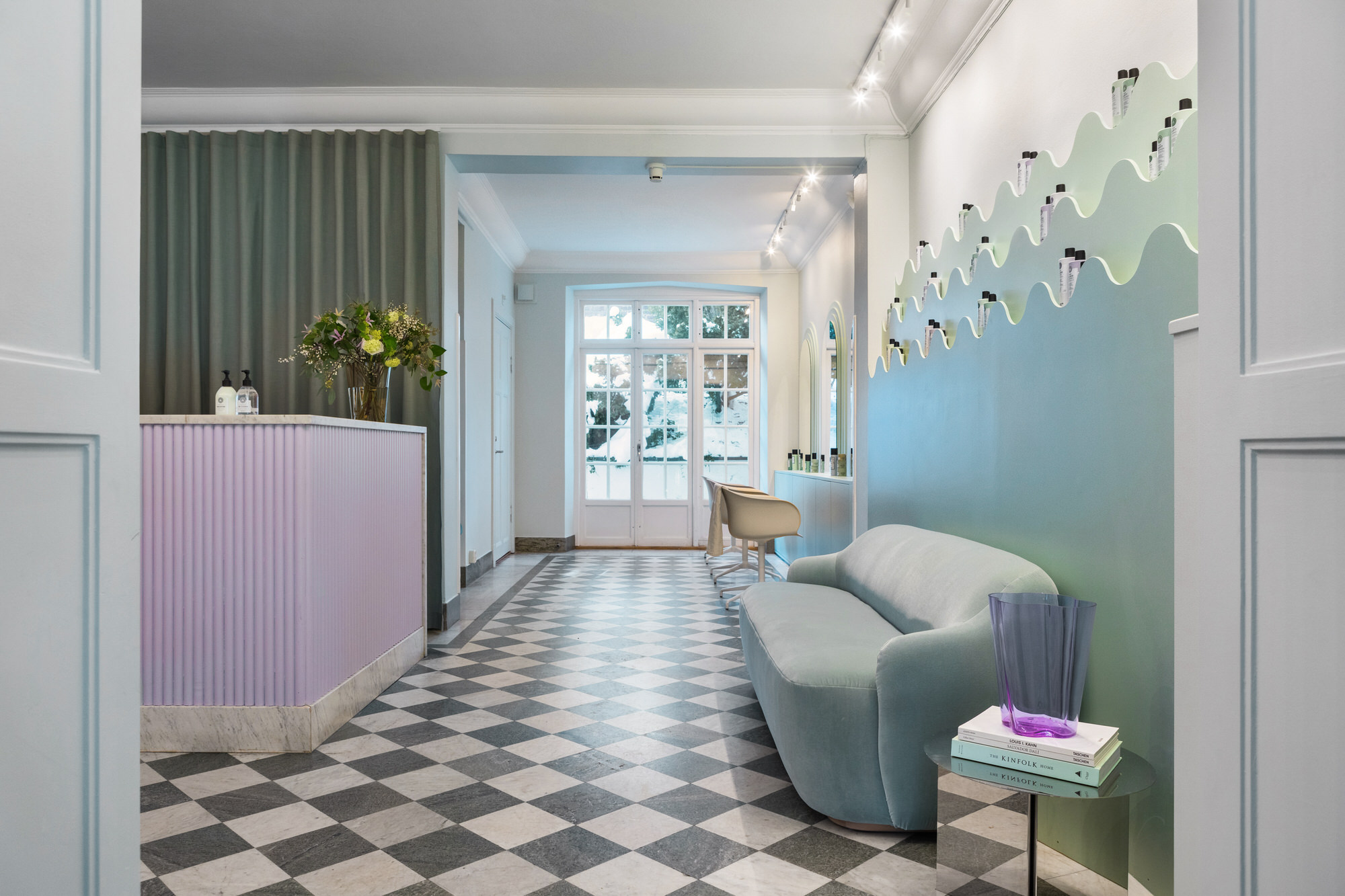 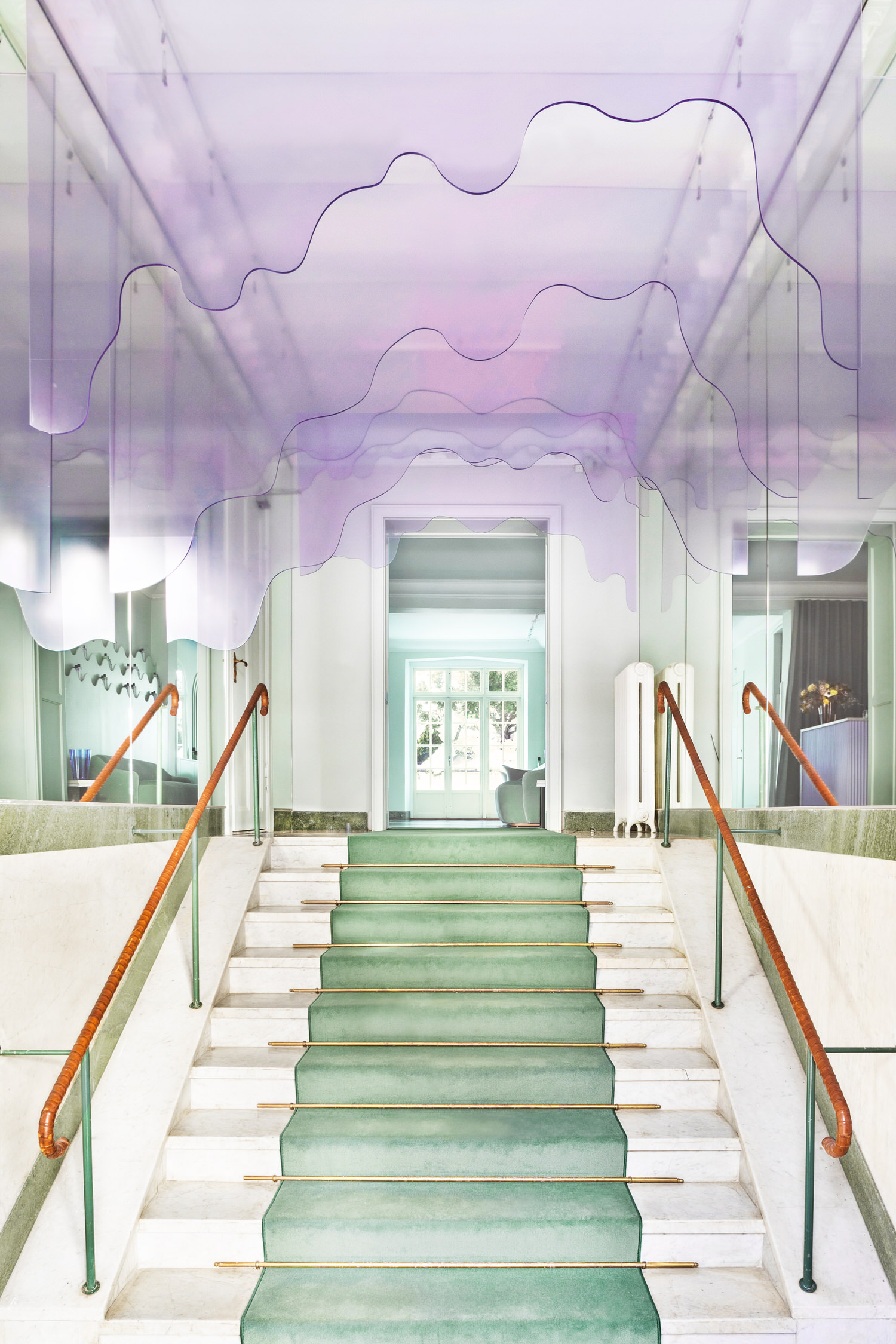 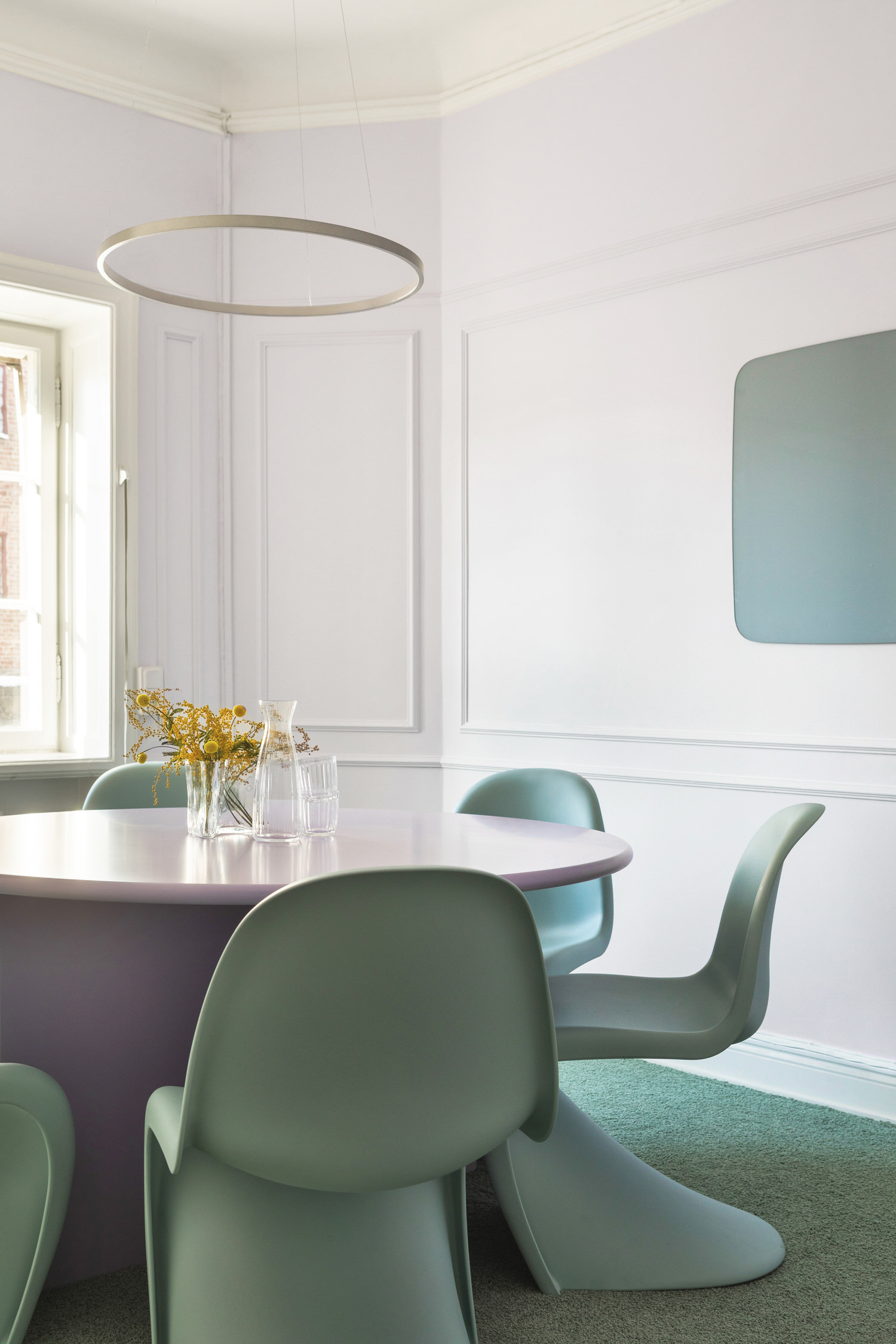 Talk about a wavy project. Architectural firm ASKA has redesigned leading haircare brand Maria Nila’s head office and salon in Stockholm. Pastel hues of pink, peach and turquoise have been injected into the space, imprinting the brand’s visual identity into the DNA of the building while highlighting original details of the existing interior.

The magic starts upon entry with a spectral sense of arrival. A unique art installation by ASKA, made out of form cut plexiglass, drips down from the ceiling playfully resembling beads of shampoo. It’s a signifier of what’s to follow with a scheme of pastel colours referring back to the different haircare lines of Maria Nila, paired with a soft architectural language. Inspired by elements found in nature, such as forests, oceans, coral reefs and caves, these undulating, organic shapes all link back to the green and nature-friendly approach of the company itself. 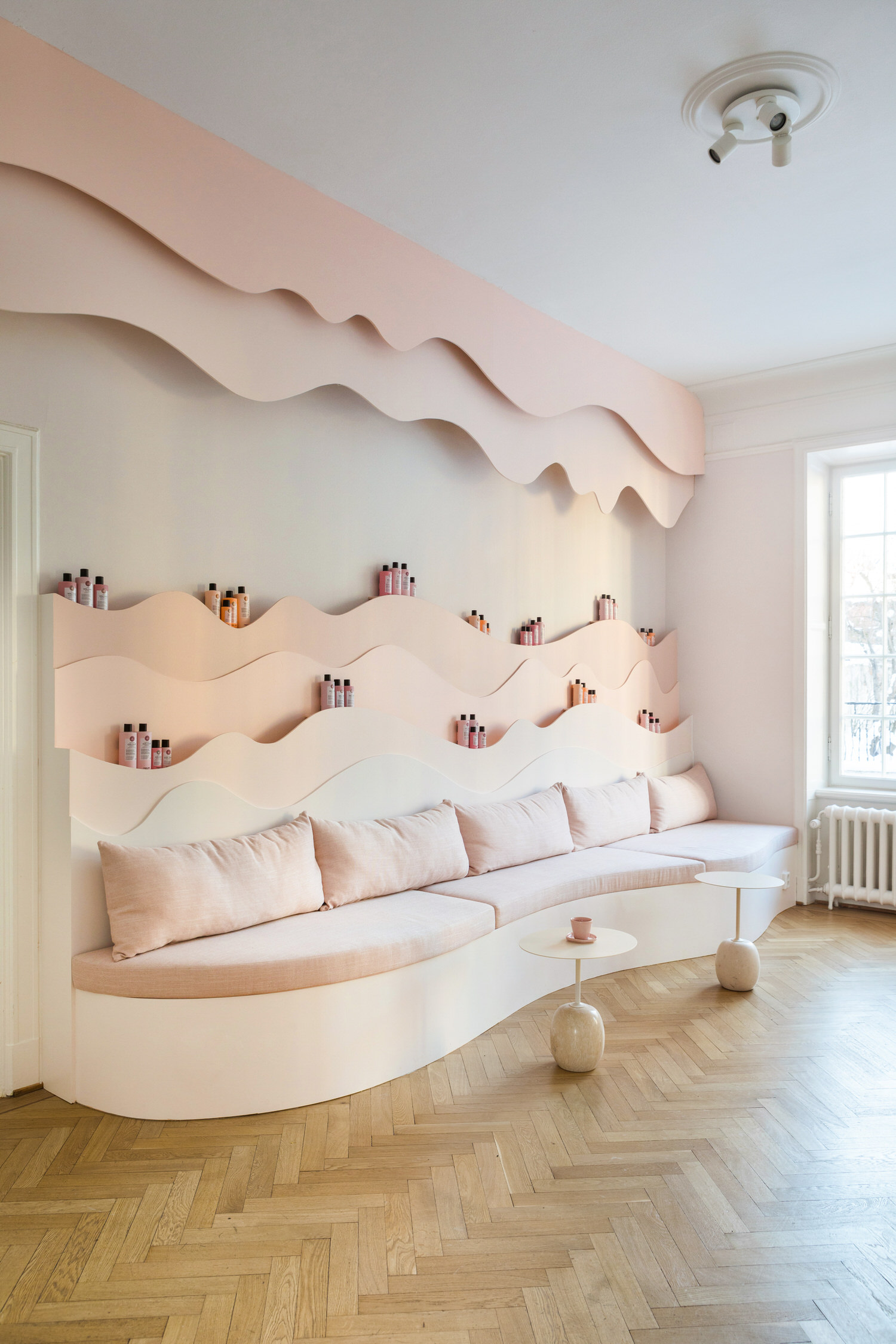 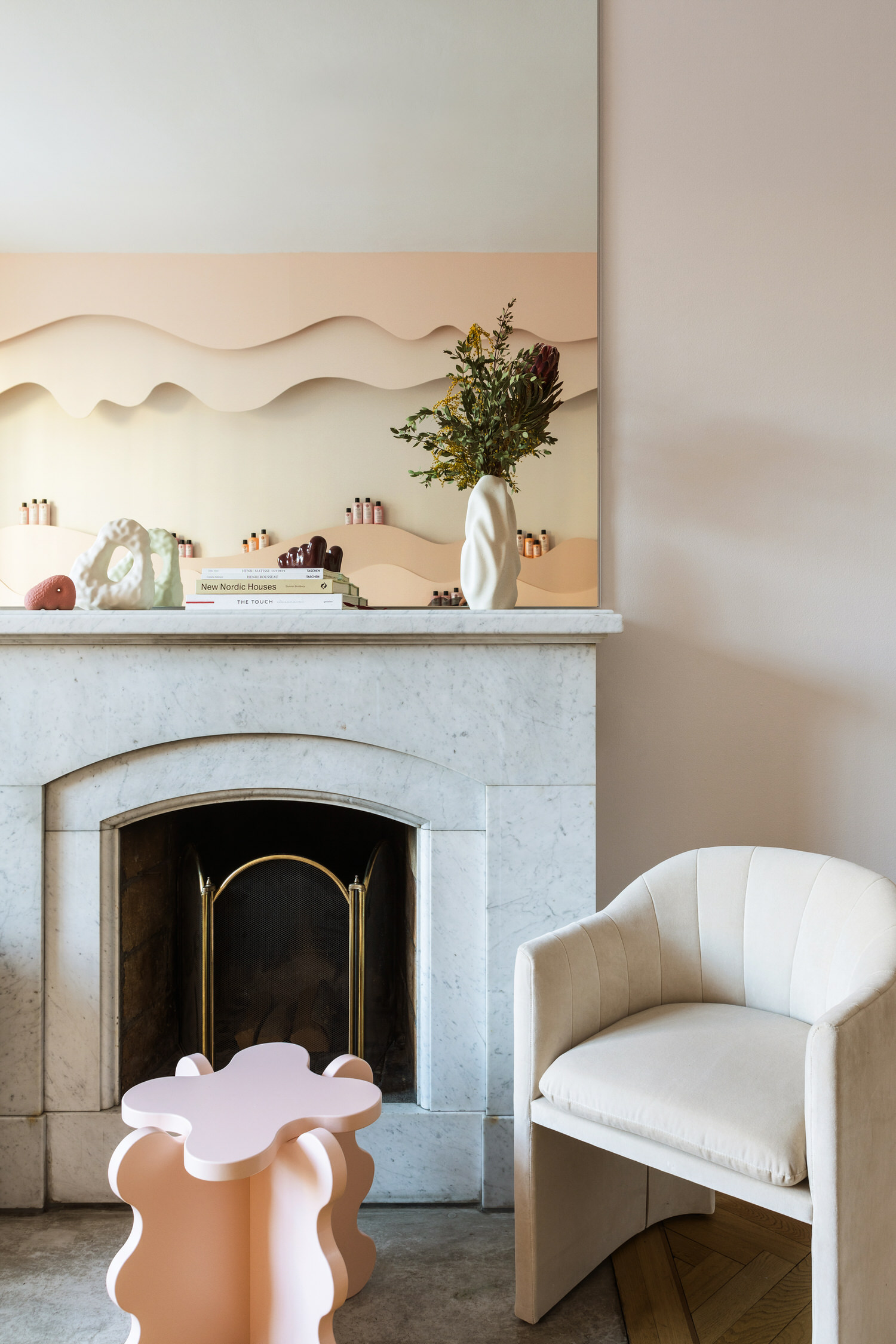 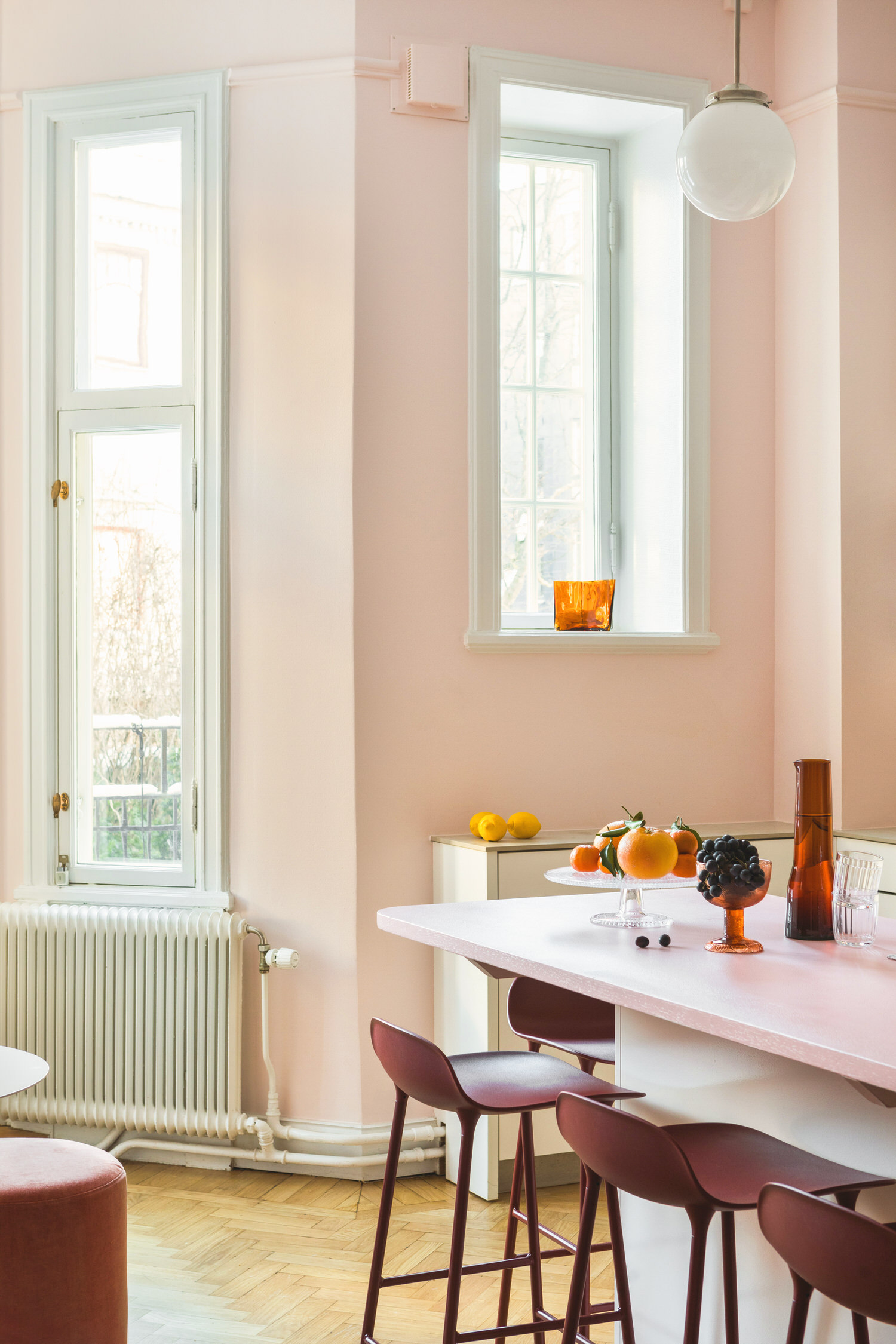 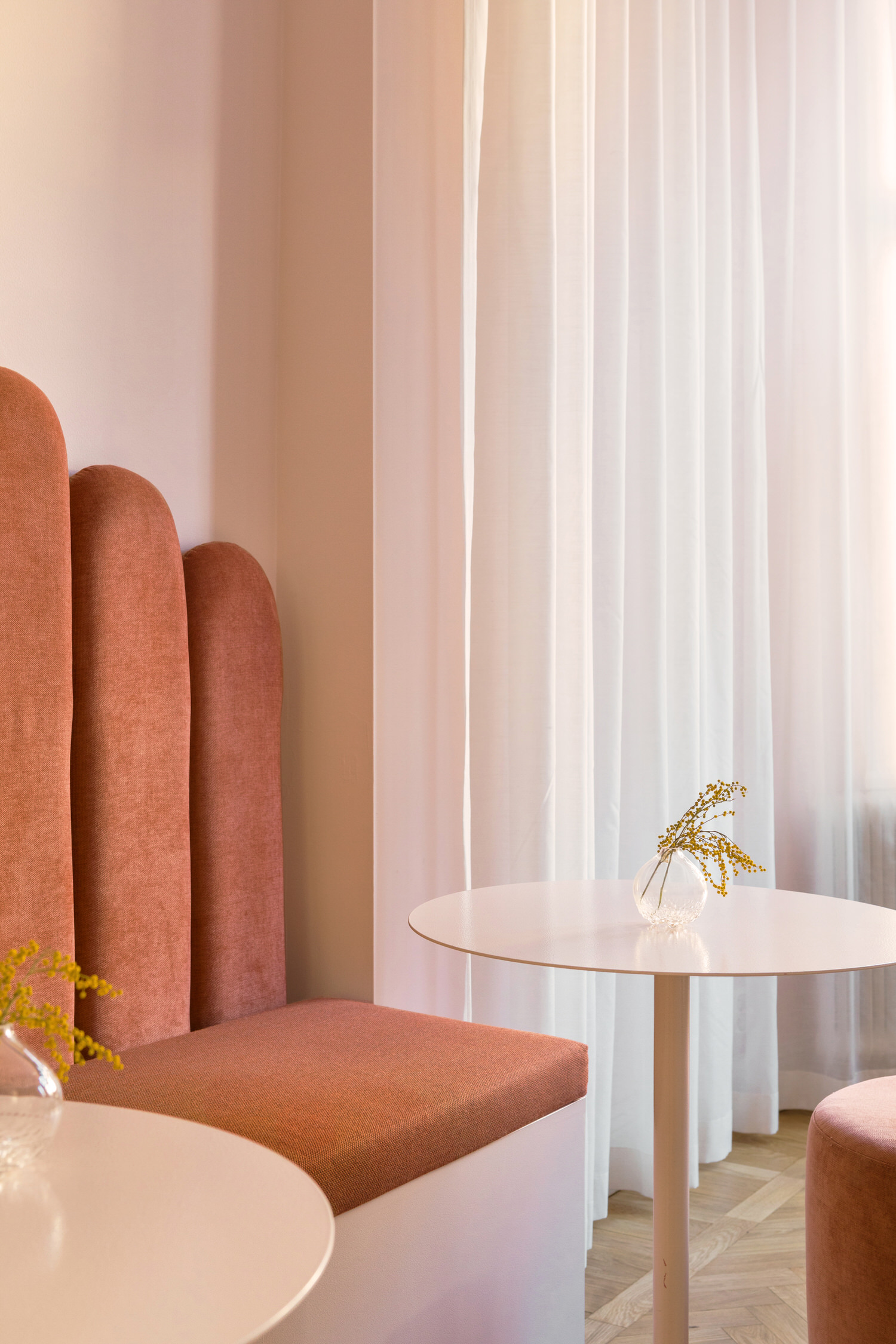 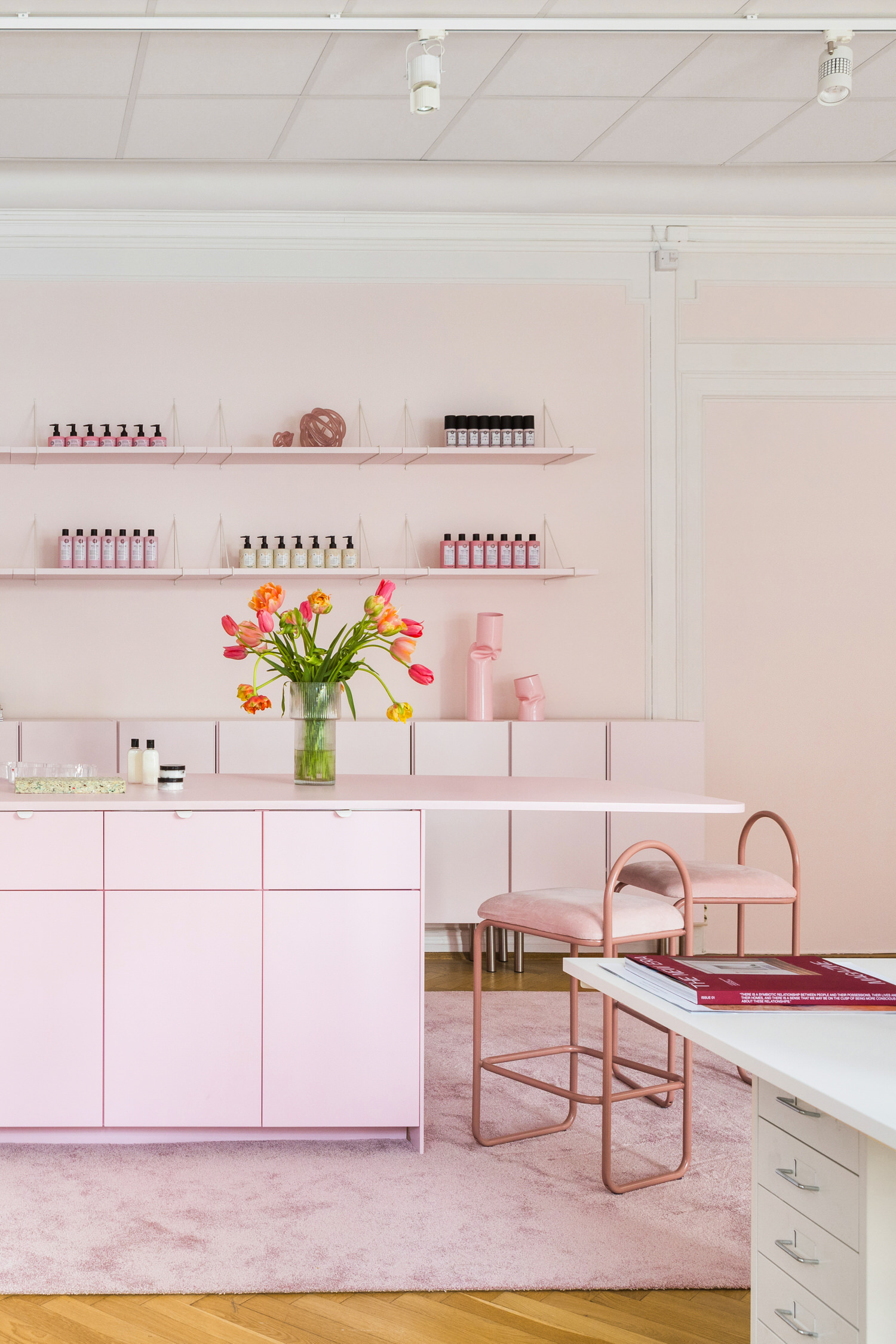 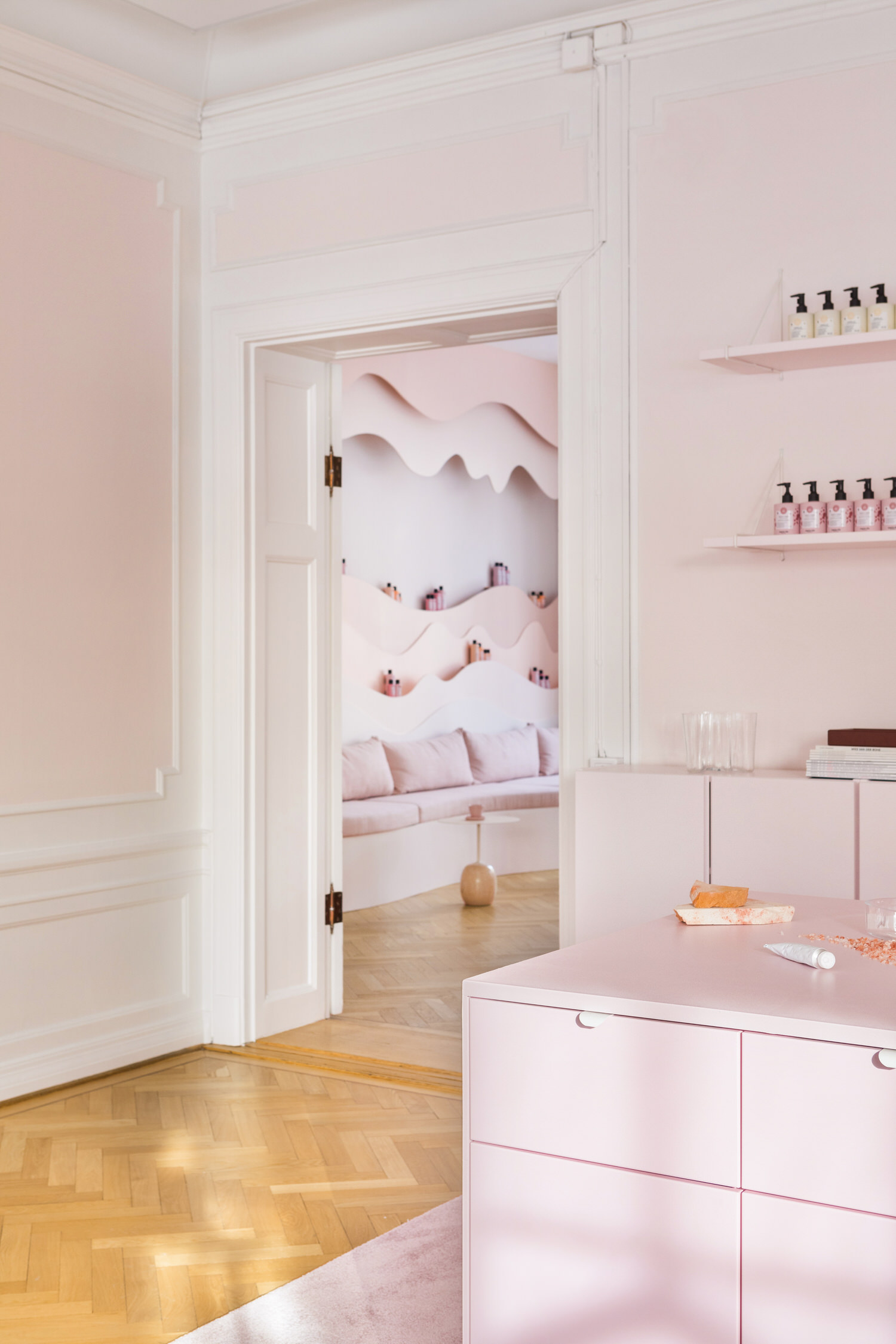 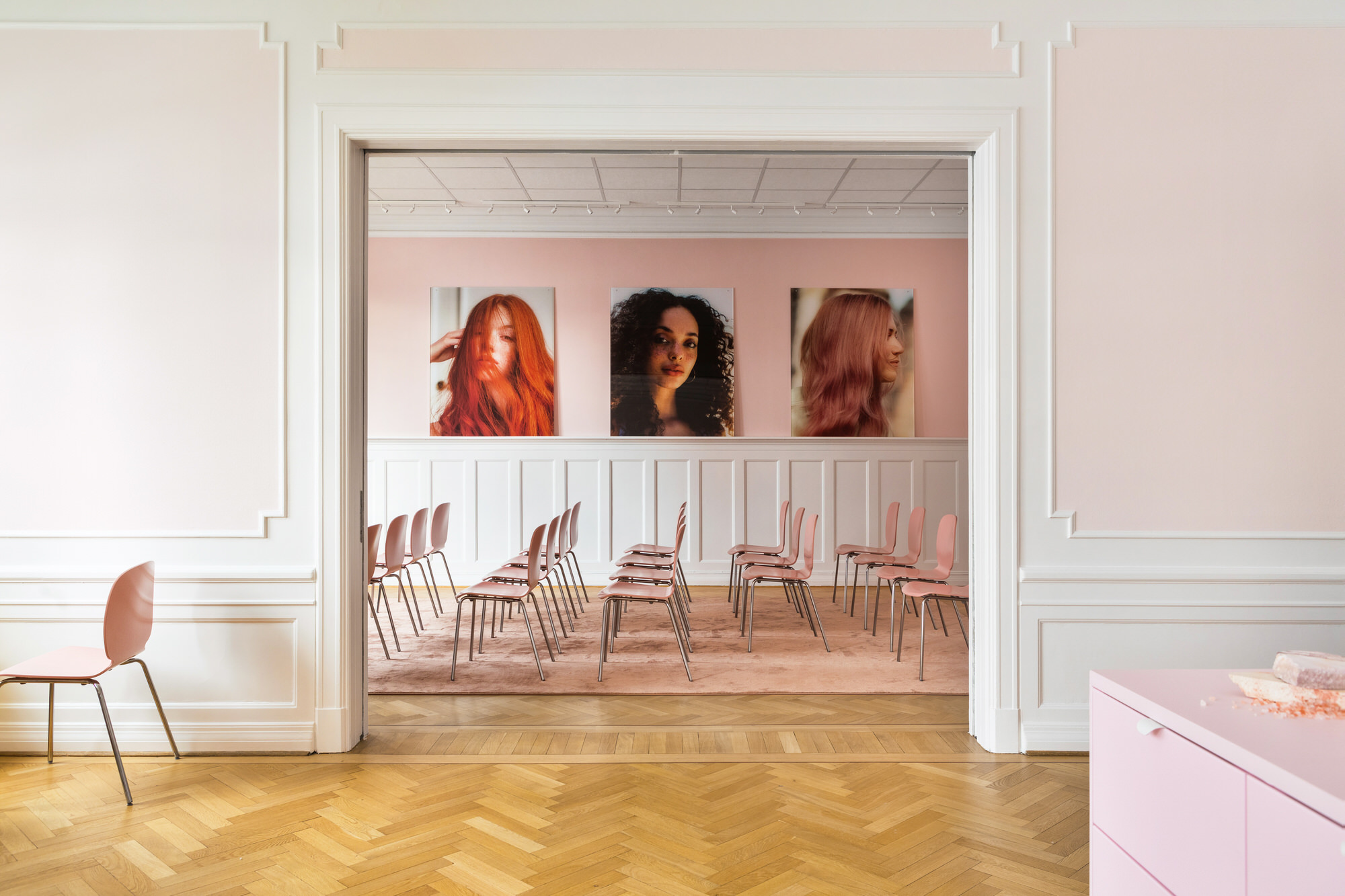 Located in a four story townhouse in the central part of Stockholm, the interior is articulated around public and private zones. A reception, salon, beauty bar, conference and meeting areas can be found on the entrance level as the spaces then gradually become more private and workplace oriented as you continue upwards through the building.

Elements of the existing architecture like a green chequered marble floor and a wooden staircase have been preserved, layered with the new interior details. “Here we wanted to draw the visitors’ attention straight to the core of the company – their product,” says ASKA co-founder Madeleine Klingspor. ”But the search for the essence can also be about the building and architectural qualities itself, for instance by choosing a light green wall paint we were able to highlight the original checked marble floor.” 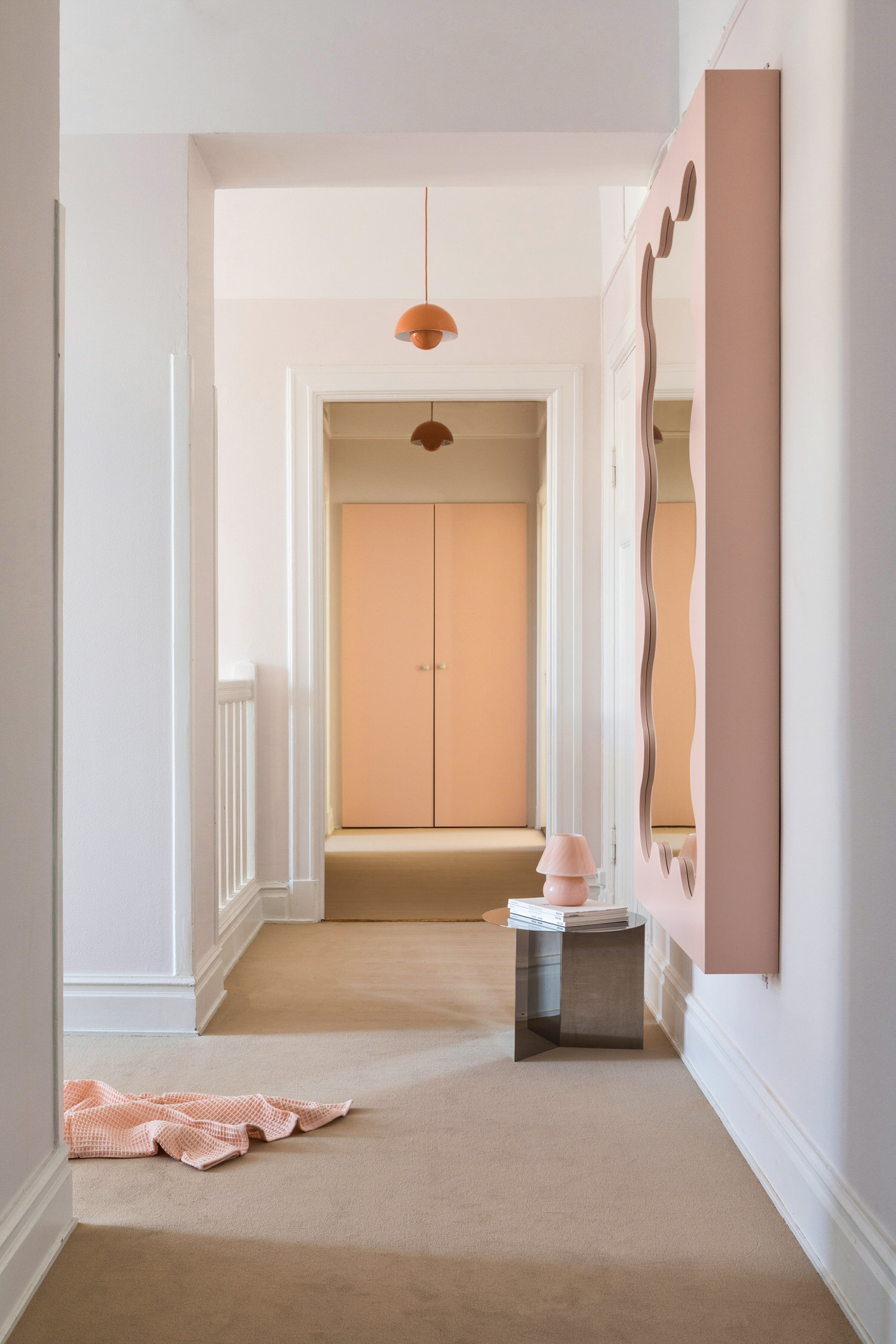 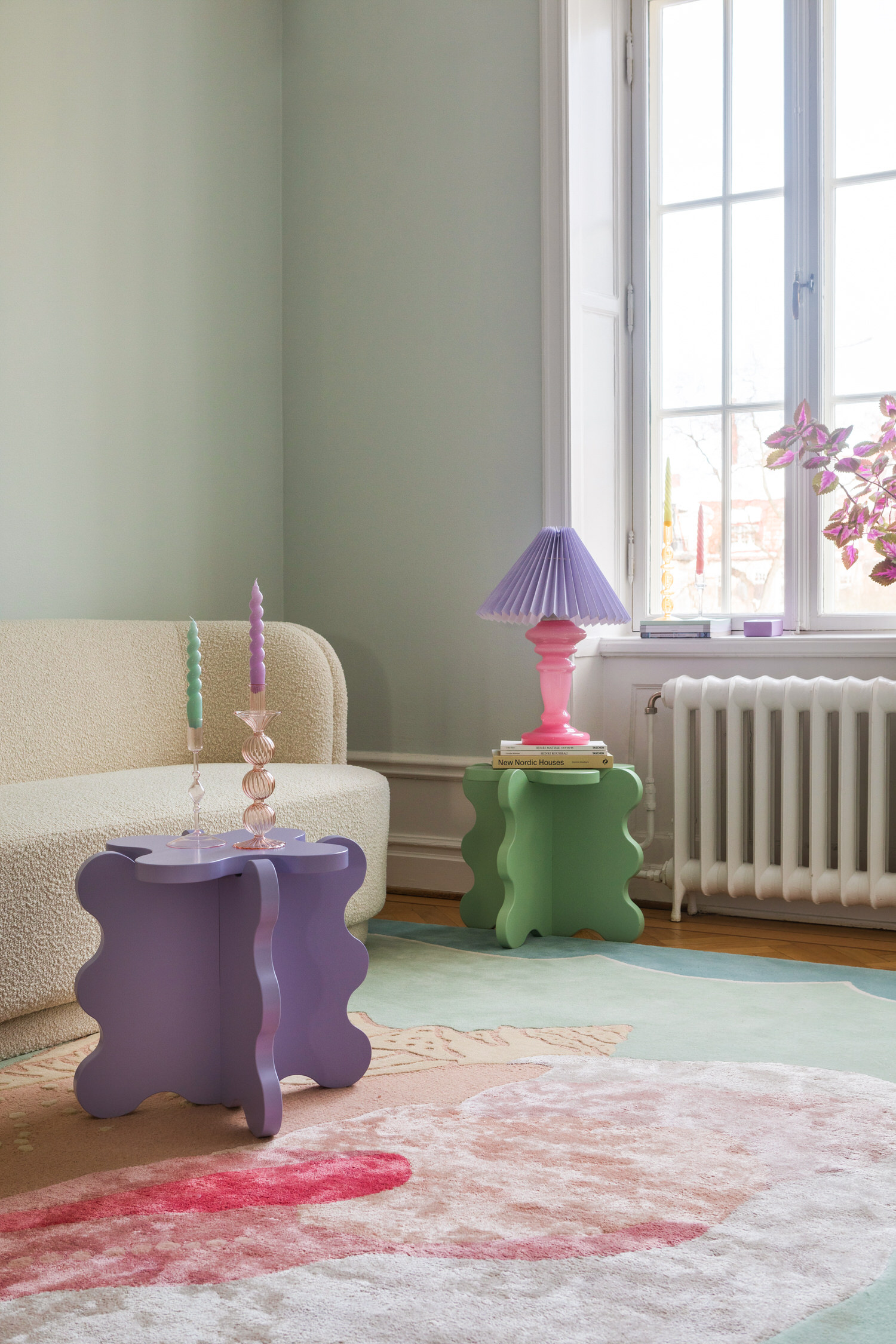 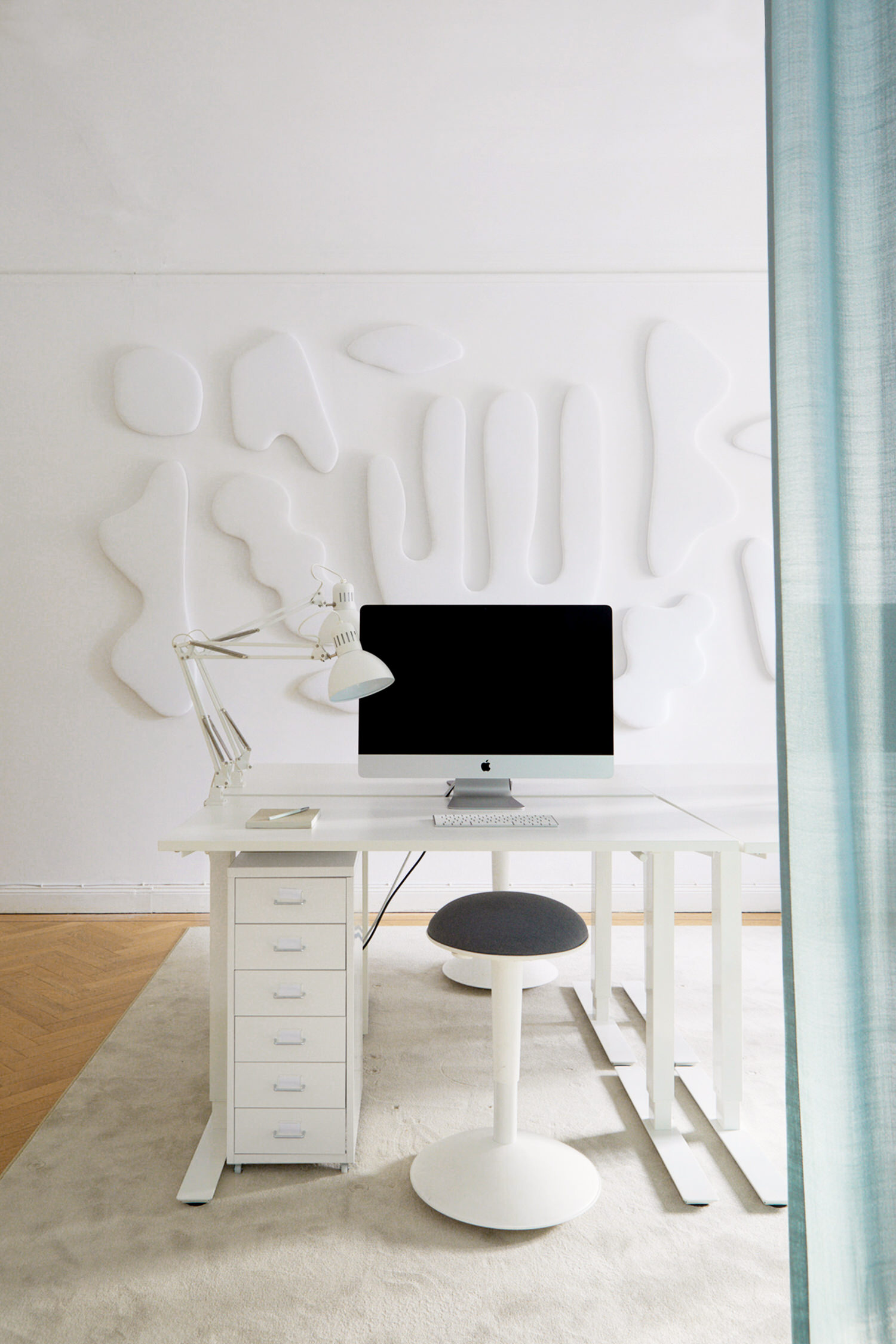 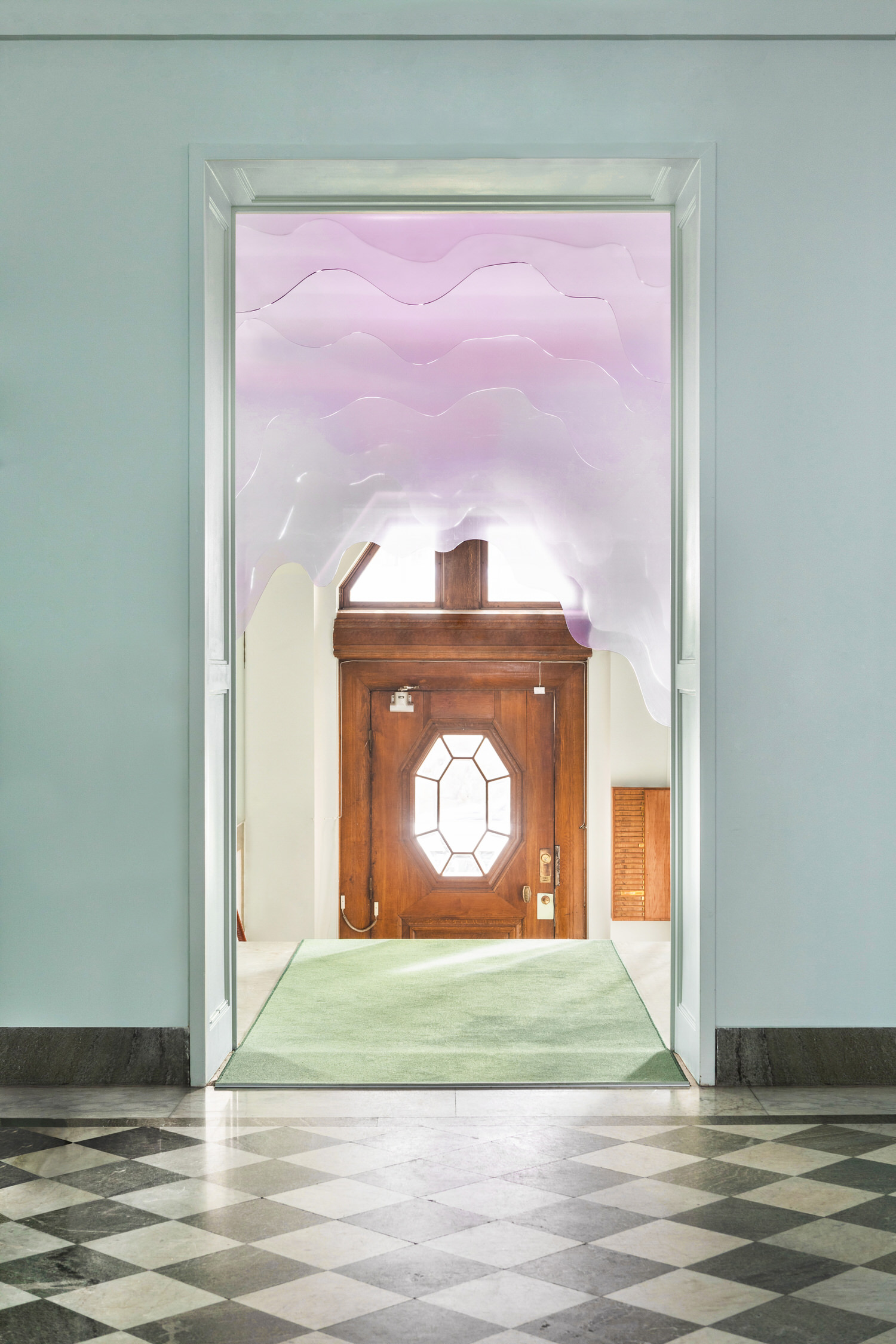 With up to 30 rooms spanning the 650 square metre premises, each area feels distinct while the consistent design language forms a cohesion across the four floors. Most of the furniture has been designed specifically for the new head office, bolstered by objects and art by up-to-date creators like furniture designer Gustaf Westman, LED artist Josefin Eklund and artist My Zachrisson.

With creativity and innovation present in even the smallest of details, ASKA has captured the essence of Maria Nila while defying the expectations of a conventional workspace. Not a bad place to clock into work every day.