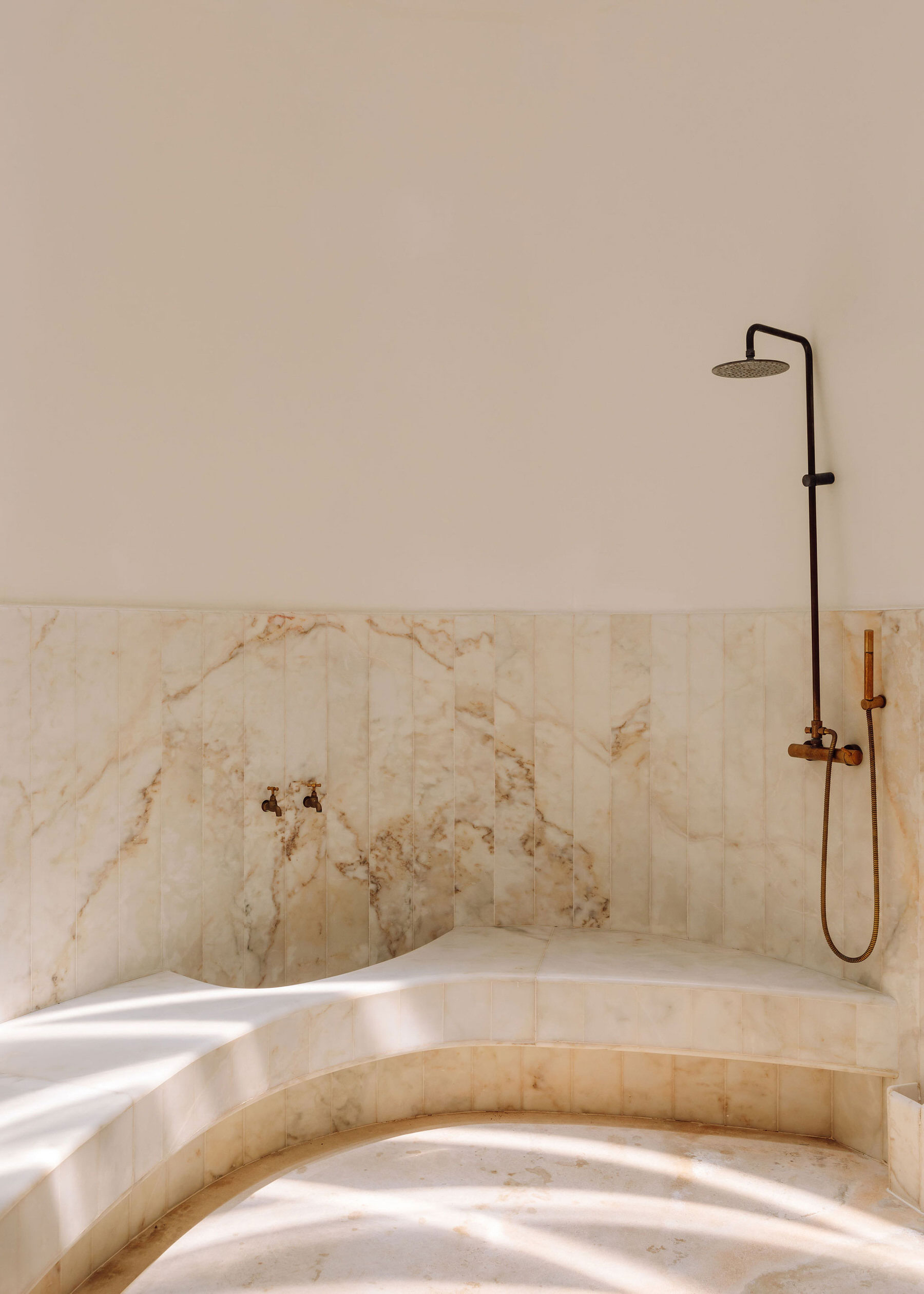 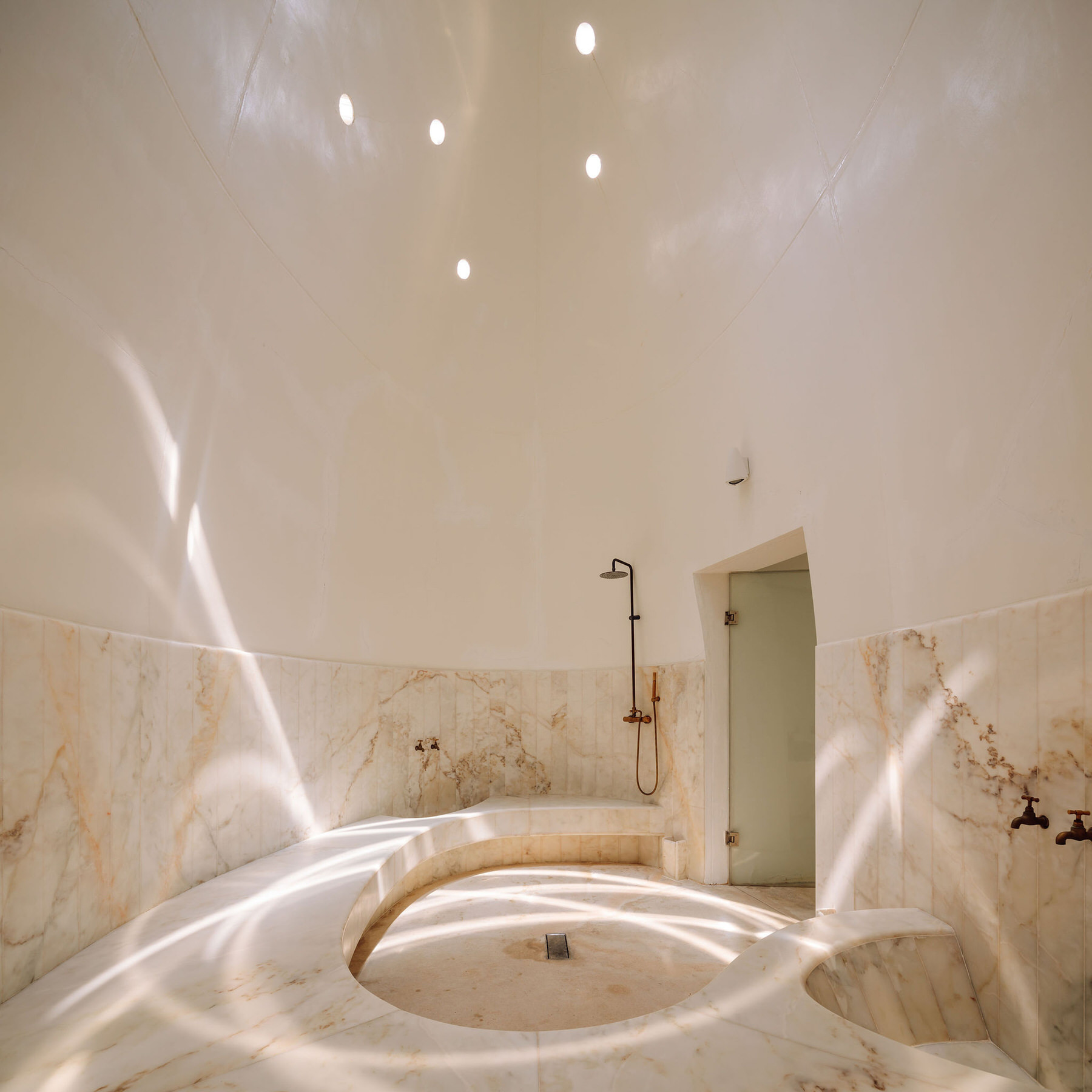 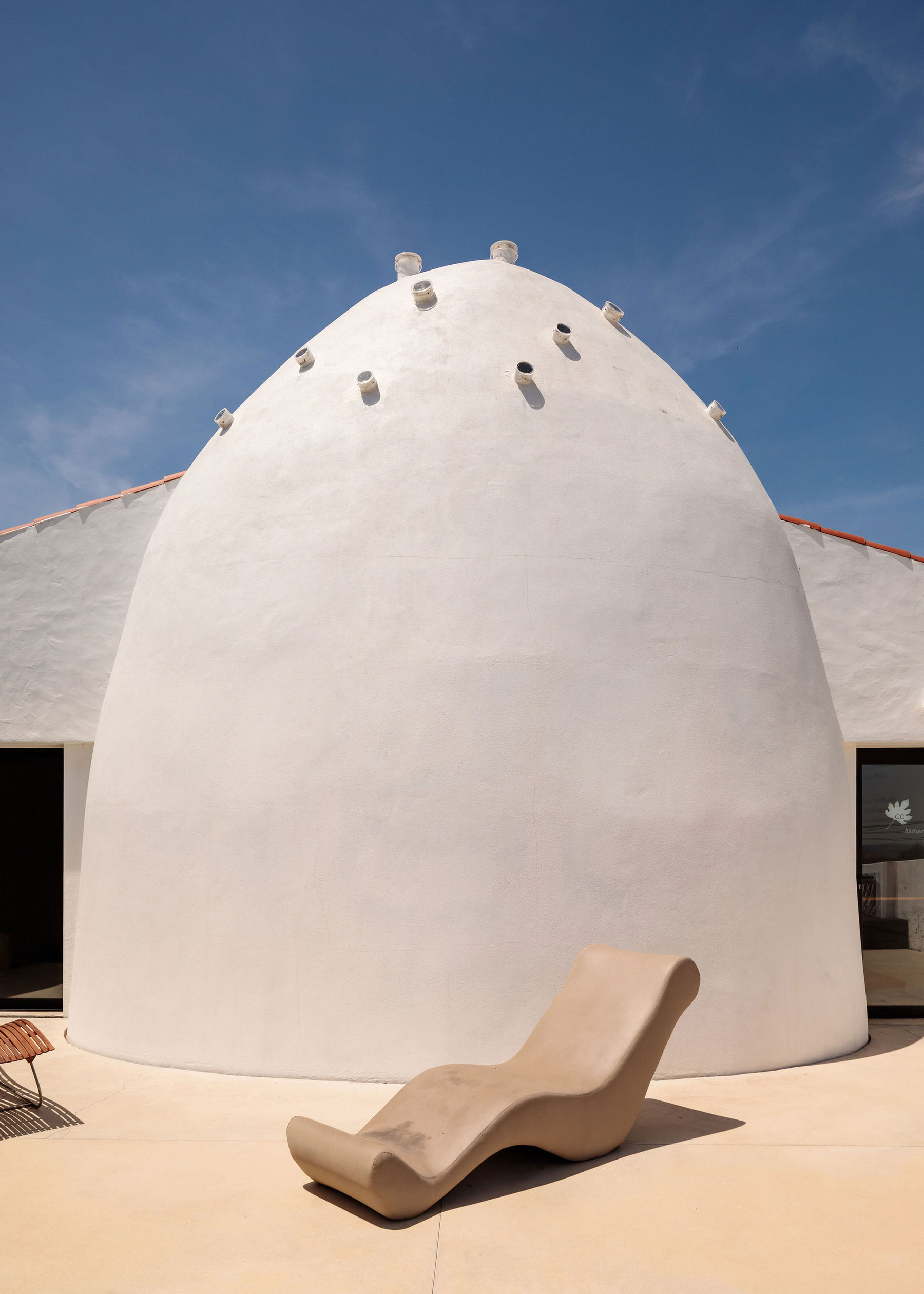 Ressano Garcia’s Hammam Spa in Portugal establishes a new relationship to a long-lost practice, celebrating ancient customs in a contemporary space. Public baths were widely disseminated during the Roman Empire and by the Catholic Kings during the Middle Ages. Lisbon-based architect describes this Hammam as a “statement on two levels; historic and geographic, opening a new perception where local culture is seen not just within its present contact but also in relation to ancient traditions.”

The hammam forms part of Companhia das Culturas boutique farm stay in Castro Marim – a historic town situated just a few kilometres from the Spanish border and only 1.5 km from the southern coast of Portugal, where the Atlantic meets the Mediterranean.

“The project was designed in close collaboration with clients, Eglantina Monteiro and Francisco Palma Dias,” Garcia explains. “Eglantina is an anthropologist and art curator who holds a deeper perception of local context and their cultural relations. Francisco is a poet and a surreal farmer who claimed the necessity to remake the traditional public baths, that is to say, the Hammam.” 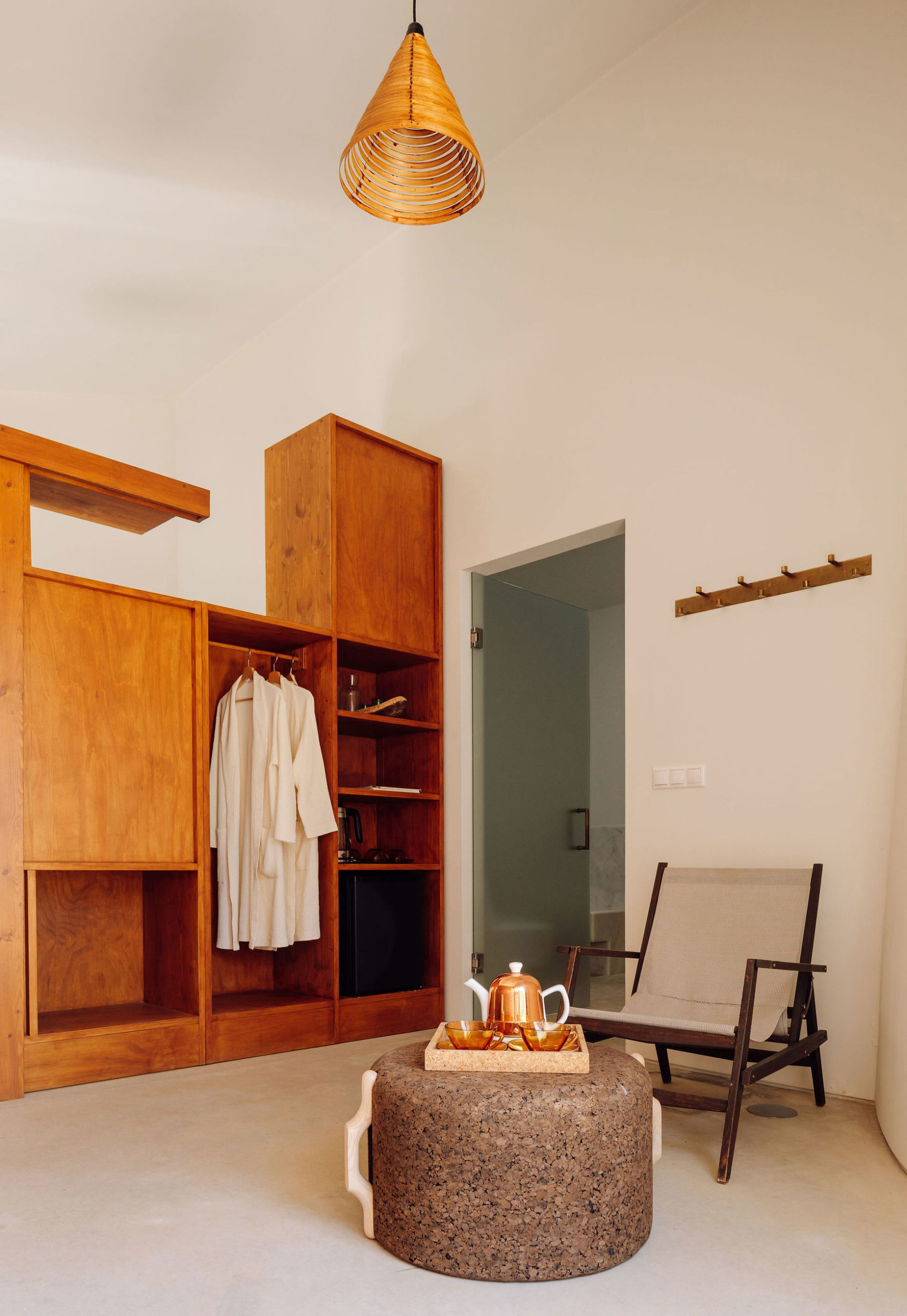 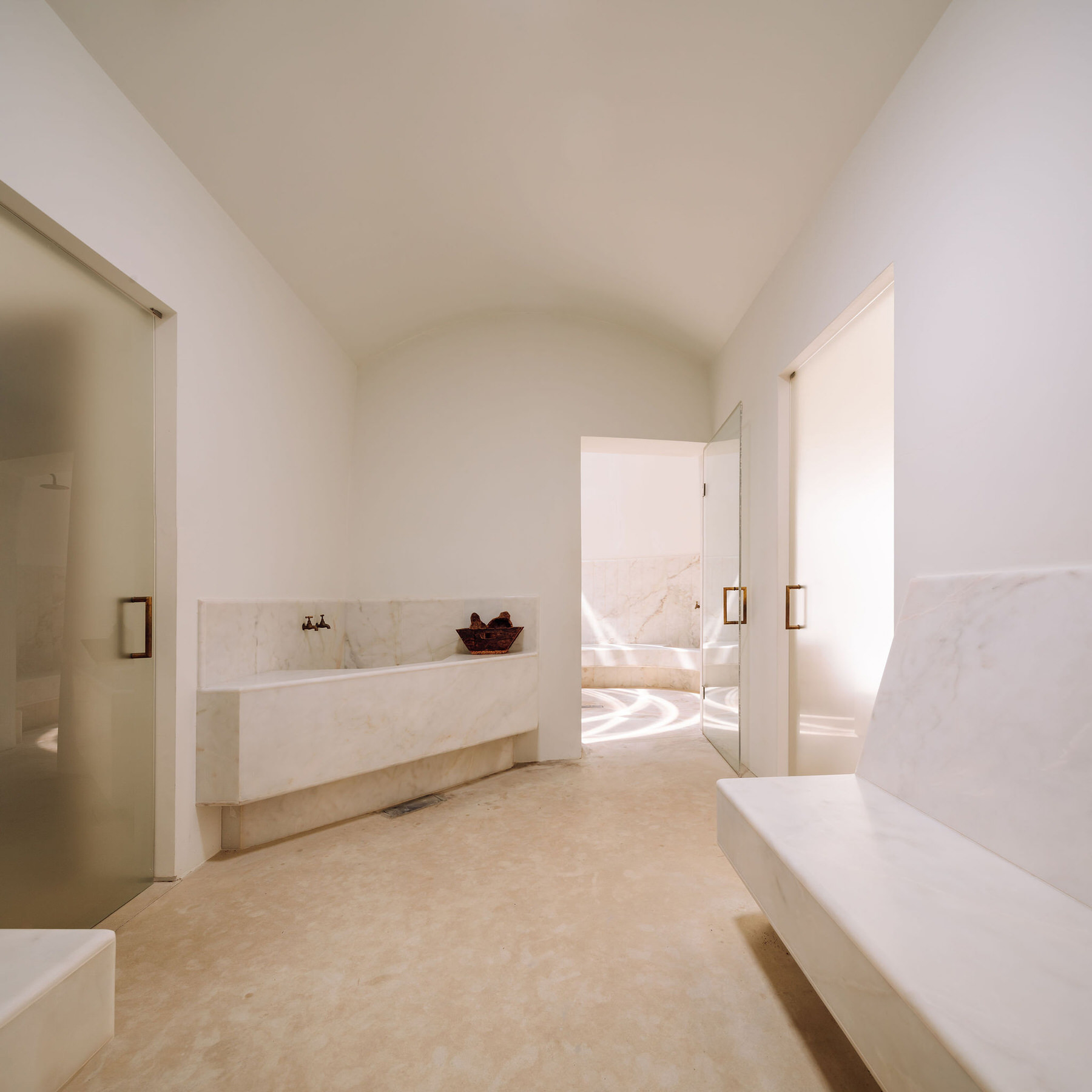 Spaces have been organized by their temperature, as guests move from hot areas, through to warm, then cold. Inside the hot room, the steam improves one’s physical connection. “Sweat increases the smell of the body and softens the skin, offering a profoundly physical experience,” says Garcia.

The interior unfolds as a dome-like structure. Expansive ceiling heights create an ethereal, other-worldly atmosphere, as small perforations in the ceiling allow shimmering pools of light to shine down onto the people below. Softly curving benches mirror the organic shape of the room’s form generating a space that feels warm and deeply comforting. 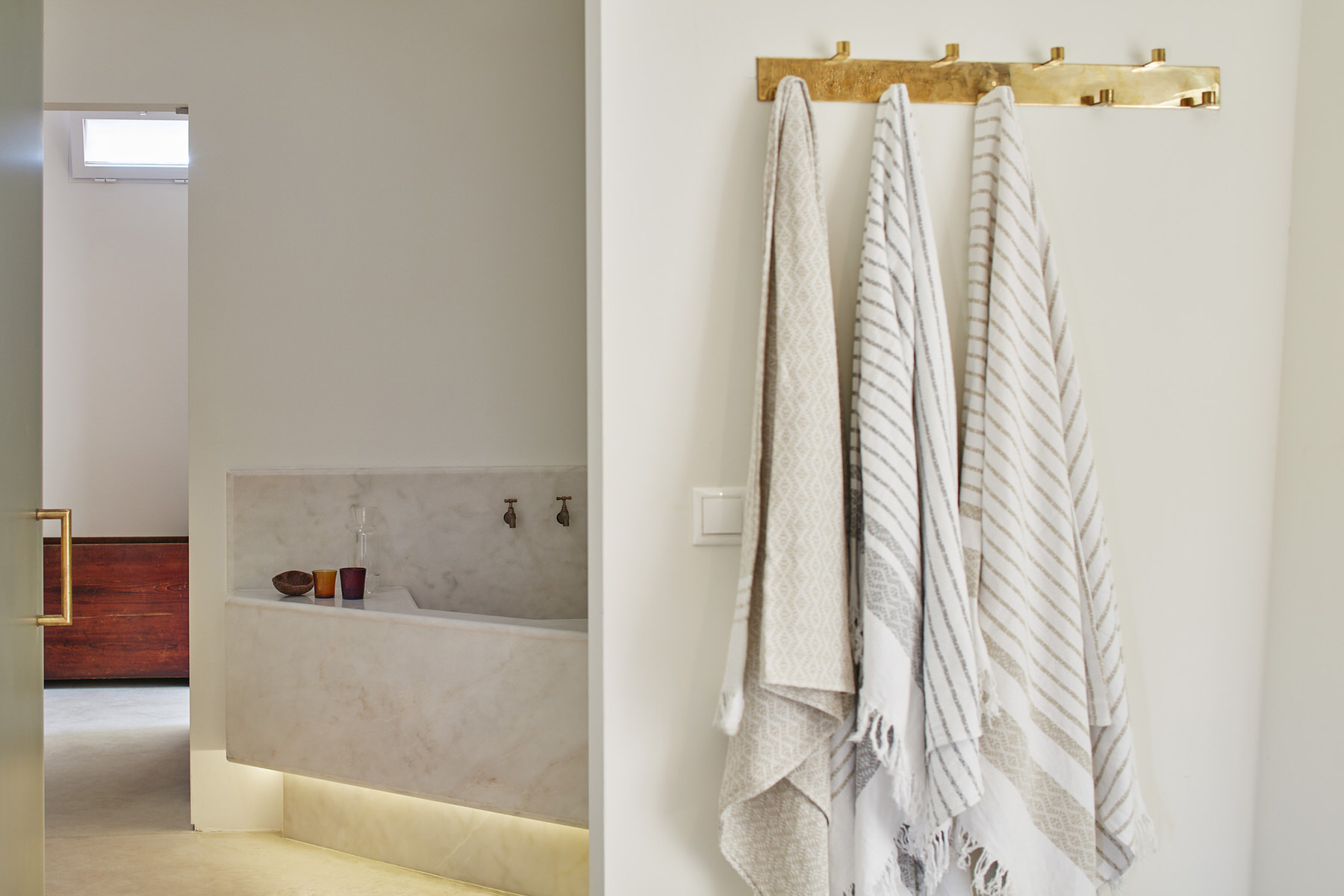 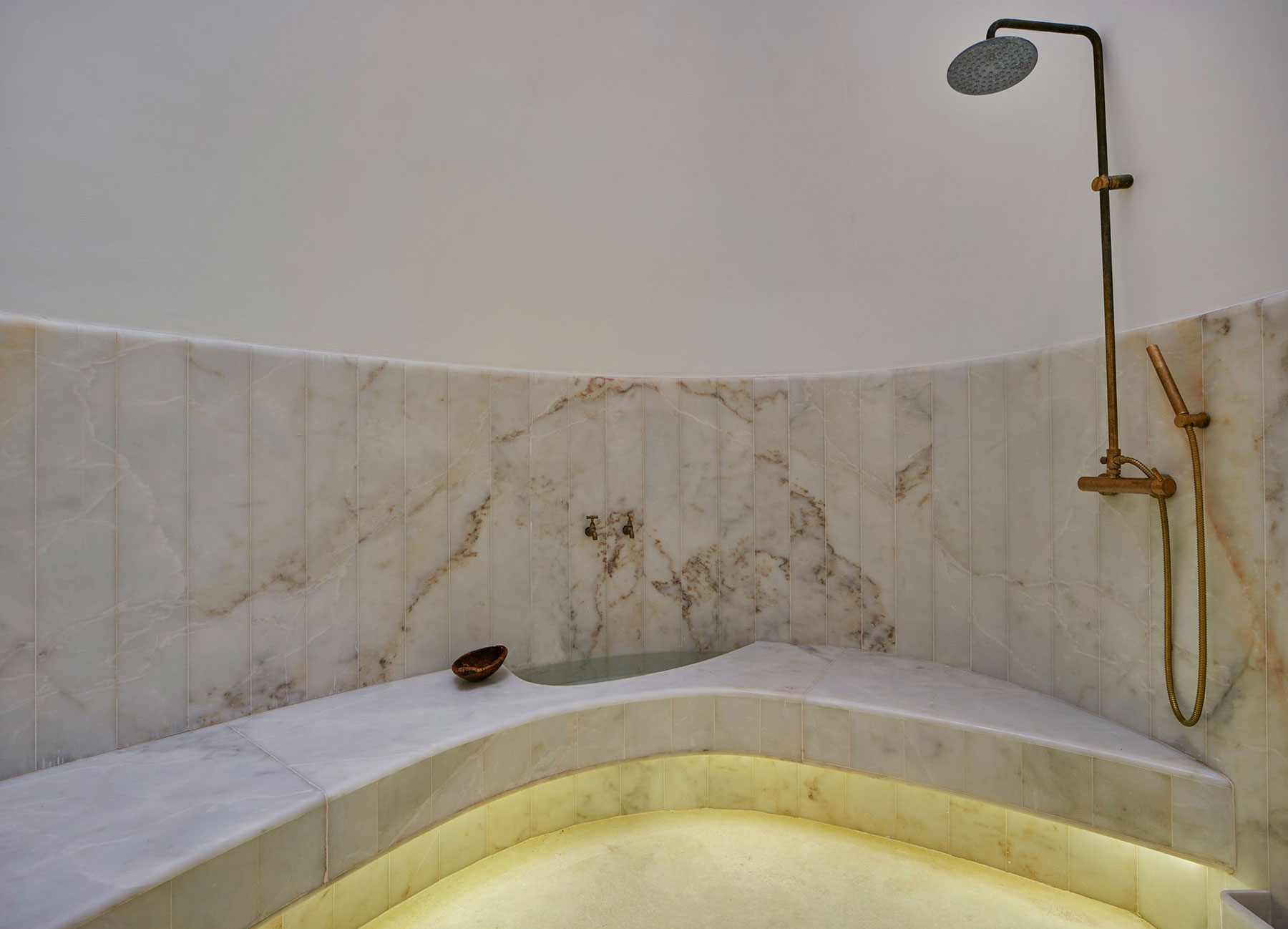 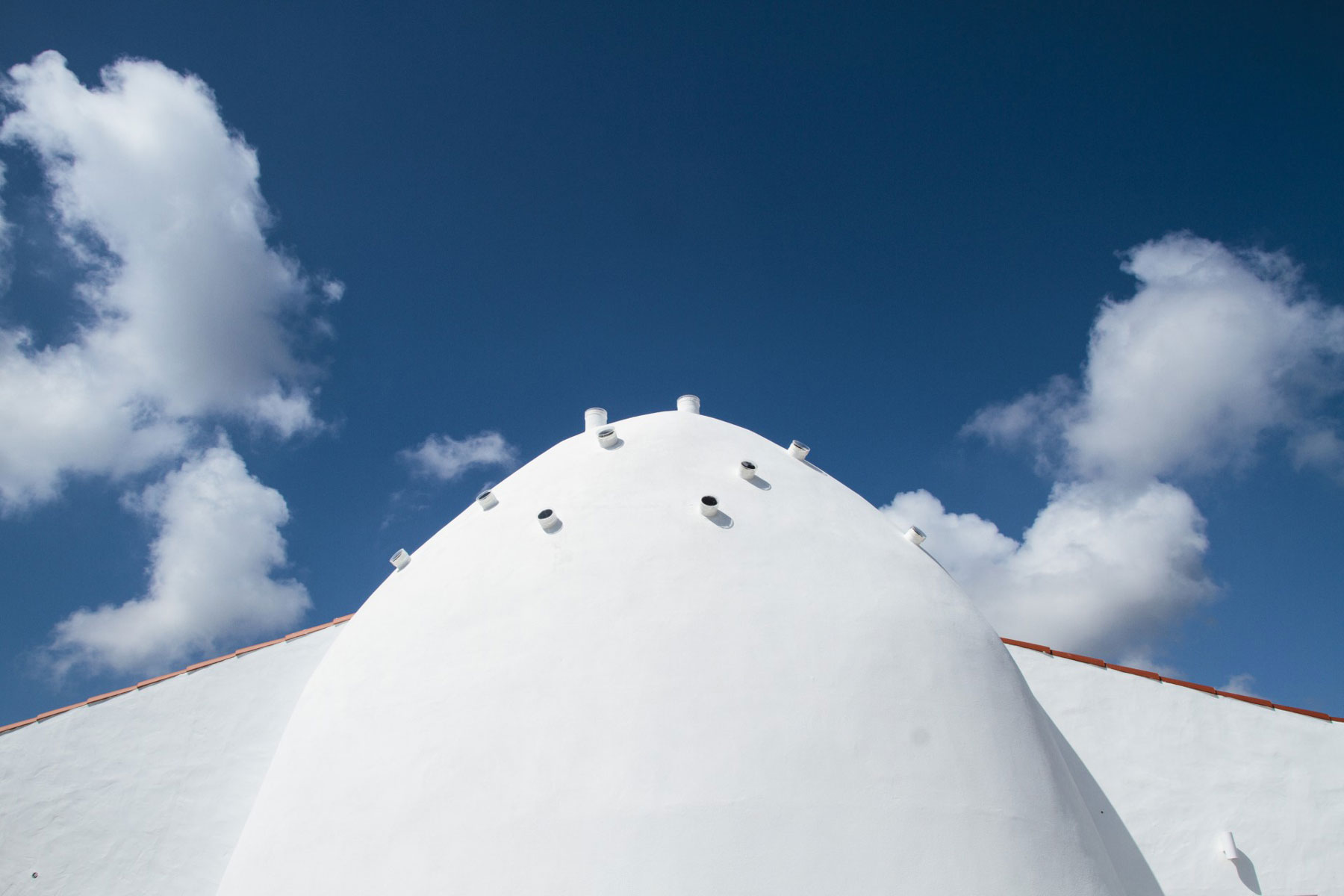 The intimacy of softly curving shapes continues into the adjacent rooms. Generously sized marble benches gently fold around the space without corners or angles, creating a geometry that Garcia describes as being womb-like. The waiting room feels restrained yet deliciously warm and inviting. Deep-stained timber shelving sits alongside natural stone pieces and woven light fixtures, creating a scheme that feels rooted in the past while remaining refreshingly contemporary.

“Architecture hosts both the mind and the body,” says Garcia. “Each person perceives the physical world through enigmatic intimate reactions. The body knows human beings’ common needs and learns about the built environment. The mind is able to interpret architecture using other tools. The central question is how does it work? Do senses influence the architect or are the senses enhanced by architecture? There is not a direct answer, though in the Hammam Spa we tried to inform the mind about the senses of the body,” concludes the designer.

END_OF_DOCUMENT_TOKEN_TO_BE_REPLACED

| The article Hammam Spa in Portugal by Ressano Garcia. appeared first on Yellowtrace. |

Most people think about the size of the mattress when it comes to finding a new bed. But bed height and mattress height...
Read more
House Design

(Penn State) Novel grafted plants -- consisting of rootstock epigenetically modified to "believe" it has been under stress -- joined to an unmodified...
Read more

This article originally appeared on Bike.com and was republished with permission. When it’s time to hit the trails, having a partner to ride with...
Read more